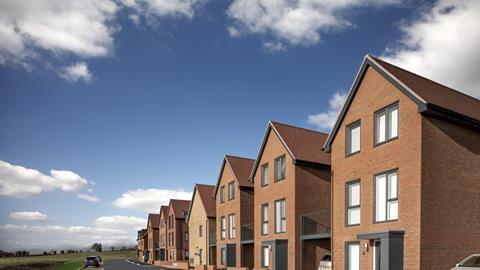 From automation, EVs and new ideas of urbanism – the role of the car is under question when it comes to urban centres. Venture outside metropolitan areas and you will find a new suburbia designed and built with the car at its heart. Good news for any OEMs wedded to the status quo but a challenge for proponents of new ideas of mobility

First off, an admission. I didn’t coin the term Barratt Britain. It belongs to Duncan Weldon at the Economist. Weldon recently went in search of a new breed of conservative voter in the former Labour heartlands. The ones that carried Boris Johnson to Downing Street and put a stake through the heart of the 70s revenant leading the opposition. What he found was a seldom spoken about, or spoken to, section of the population whose quiet industriousness has confounded the well-rehearsed narrative of the depressed North.

The inhabitants of Barratt Britain have rejected overpriced cities and moved into one of the new housing developments that sit at the nexus of the new political power in Britain. These developments come courtesy of one of the country’s volume housebuilders: Barratt Homes, Persimmon and Taylor Wimpey. Popping up, seemingly in the blink of an eye on the fringes of towns across the country, these not quite suburban spaces poised to be subsumed into wider conurbations, are often reviled by metropolitan types. John Betjeman would call them red-brick rashes, except they are no longer the rouge hue the old poet found so dispiriting. The ‘Red Wall’ (the name given to this geographically vague Labour constituency) did indeed crumble, replaced by a warmish clay, which Barratt probably calls pattern book number 5 or something.

From the commute to the weekly shop, the car makes living in these places possible. It is the glue that holds things together, liberating people from public transport networks that are infrequent and slow. Amid the current debate about future transport, which covers ride sharing, electric scooters, automated pods and, gulp, flying taxis, under its expansive umbrella, the reality for many is that car ownership is essential. In places like Blossom Park in Pegswood (classic Barratt) asking people to trade their third generation Kia Sportage for a monthly car-sharing service is a hard sell. The idea of giving up a car entirely in favour of some kind of automated pod remains the province of science-fiction. Barratt Homes understands this all too well. It builds to suit 2.4 children and two cars on the driveway. When placed alongside the more outlandish new wave of transport ideas proposed by the vanguard, this architecture of the car is firmly rooted in the 20th century. If the new world of ride sharing, automated mobility pods and flying taxis is set to reshape our environment then someone better tell Barratt.

Contrary to the vision pushed by the great powers of the automotive world – blasting carefree across a deserted landscape – the car’s spiritual home is the motorway adjacent housing developments, light industrial units and business parks of Britain. It is the same situation across the pond where, despite the lazy parallels drawn between post-industrial Britain and ‘rust belt’ America, both countries are united by a reliance on and love of cars. As industrial designer Paul Priestman – who has tackled the mobility question on numerous occasions – mentioned to me during a recent debate on mobility, ‘if you tell Americans they need to do without their cars, they look at you as if you were crazy.’ This presents a serious challenge, not least to designers like Priestman and his peers hailing from the more traditional side of transportation design. If norms are to be overturned in favour of radical ideas, then some highly inventive thinking is called for. Almost all the mobility solutions I have come across acknowledge local context as a fundamental part of the design thinking. What would that context mean in places like Pegswood?

Any top-down measures by government to force through an EV revolution in Barratt Britain will be political suicide; not for nothing has fuel duty has been frozen for a decade

And yet, in the cities which Barratt Britain rejected, hastening the demise of the car seems to be top priority. In London, a series of low traffic neighbourhoods pushed through by local councils have drawn the ire of long-established communities as road closures and one-way systems conspire to make driving deeply inconvenient. That, coupled with the new emissions standards that will force thousands of long-serving automobiles off the road, have people asking whether owning a car is worth the bother. If you have already made the leap to electric, you will escape the punitive charges, but to date no one has explained where terrace-house dwelling families should plug in their Tesla. Nevertheless, there seems to be a belief among urbanists that the car’s fate, at least inside the city limits, is sealed, so let’s press on with new alternatives.

In theory, the electric vehicle has a much more realistic chance of success in Barrett Britain. Running a cable from your garage is a less daunting prospect than dangling out the window of your first floor flat. But for car brands to succeed, electric vehicles need to appeal to the inhabitants of these new places. They need to be more affordable and have longer ranges. Any top-down measures by government to force through an EV revolution in Barratt Britain without a substantial sweetener to soften the blow will be political suicide; not for nothing has fuel duty has been frozen for a decade. While city dwellers grumble about the increasing number of anti-car measures, they also want better quality air. The trade-off is worth it. That argument loses traction beyond the urban sprawl, which should be a welcome reminder for car companies ridden with existential angst that the era of the car is far from over. For all the questions surrounding the future of the car and car ownership, for most of the United Kingdom, it will remain an essential part of life. Barratt Homes is betting the house on it.