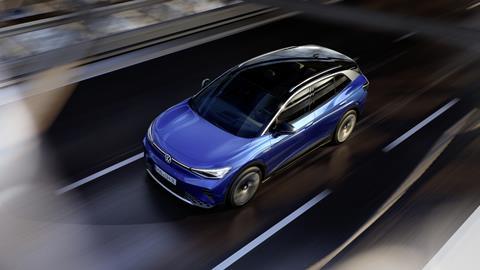 Restraint seems to be the watchword with Volkswagen’s ID.4 – the company’s first electric SUV.

Volkswagen showed initial exterior images of ID.4 back in March 2020, stating that more detail would soon follow at the New York Auto show. However, with the show cancelled due to the Covid-19 pandemic, the model’s official global launch was put on hold, until now.

The electric SUV has a familiar appearance. It looks almost like a stretched Golf on stilts or a T-Cross, particularly at the front end which is shaped by the same angles. The main difference is the lack of grille, which normally sits both above and below the VW badge on ICE models. Instead, the body work continues and is dissected by only a strip of chrome that meets the headlamps at either side and the badge in the centre. 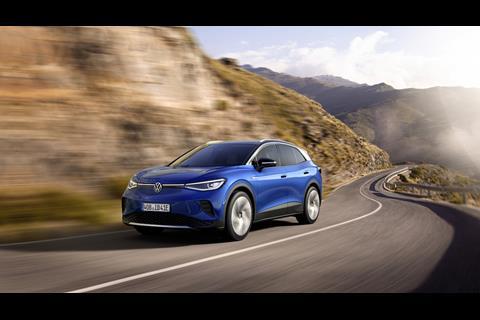 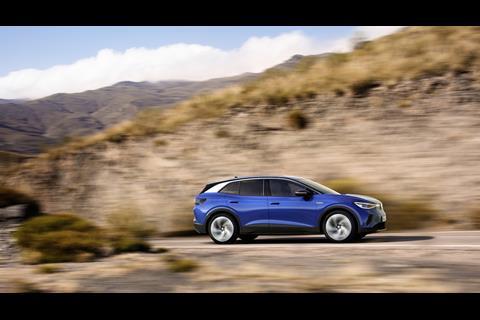 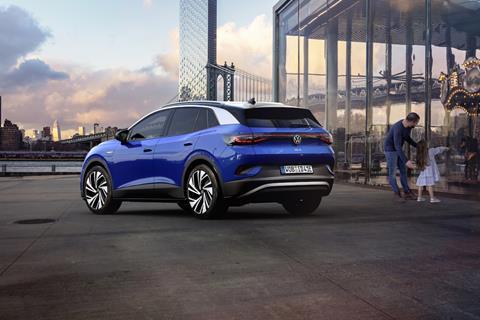 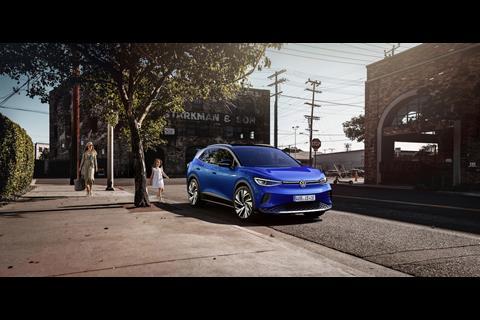 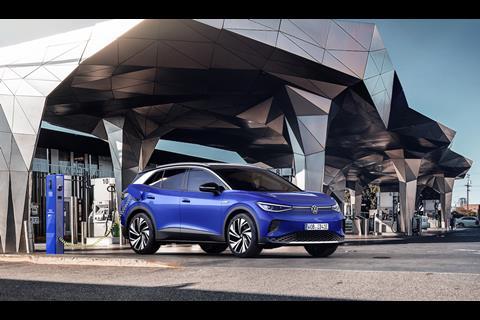 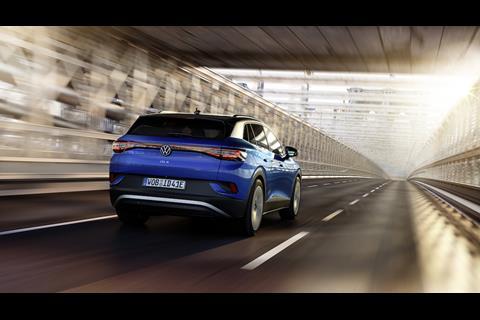 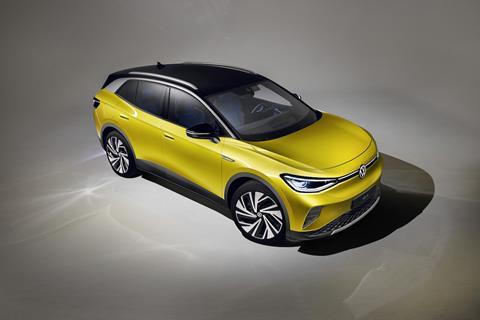 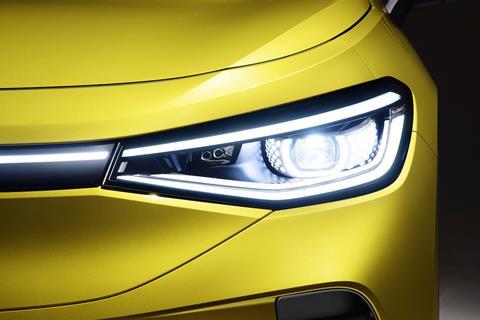 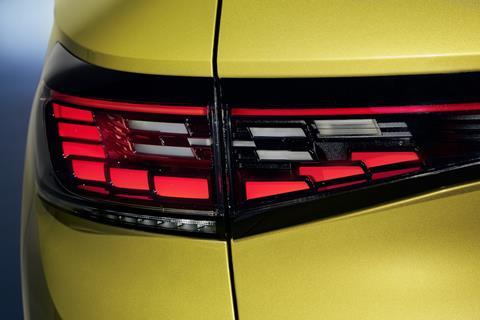 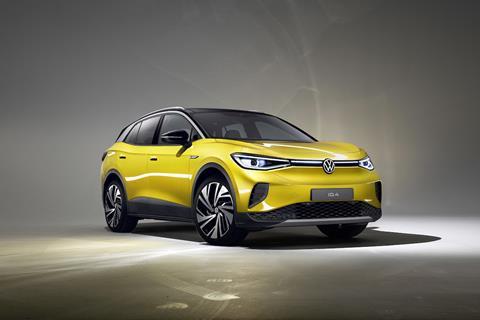 At the rear, new 3D light clusters feature a unique graphic, with rectangles overlapping as the angle of the light changes. There is also a reflective strip connecting the rear lights and spanning the width of the vehicle, with a thin LED strip running through the middle – a trend that seems to be gaining traction in new models launched by numerous OEMs.

The interior is perhaps the most interesting part of the ID.4 from a design perspective. The colour schemes and materials have been carefully selected with the goal of providing a contemporary feel while also being homely. Two tone seats and the white steering wheel provide an injection of colour, as do the lighting strips that run beneath the air vents and on the doors. 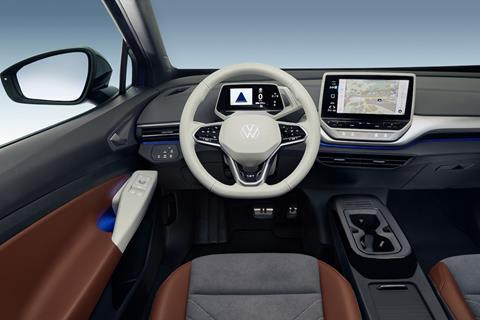 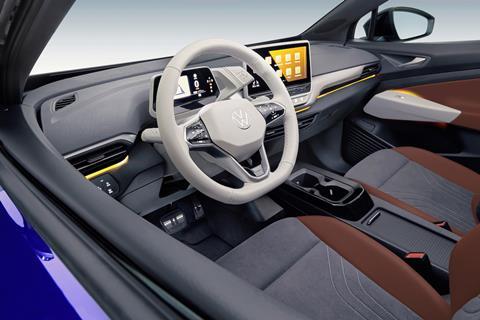 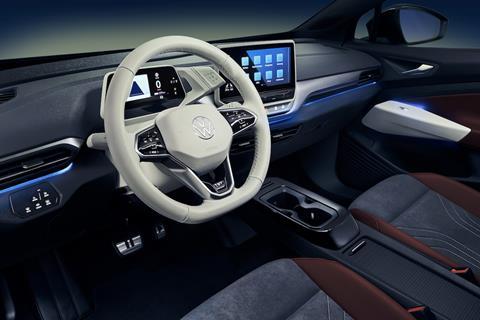 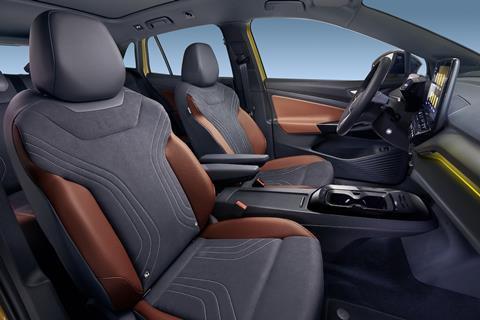 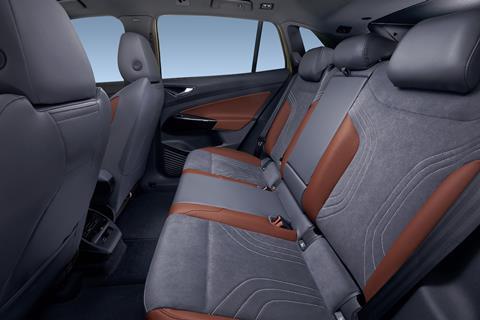 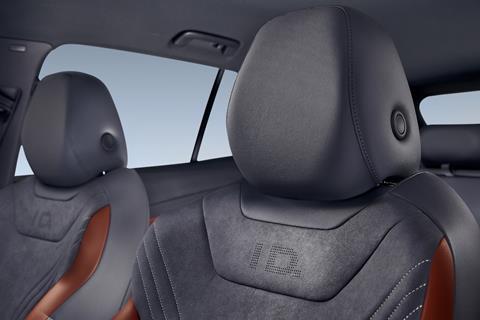 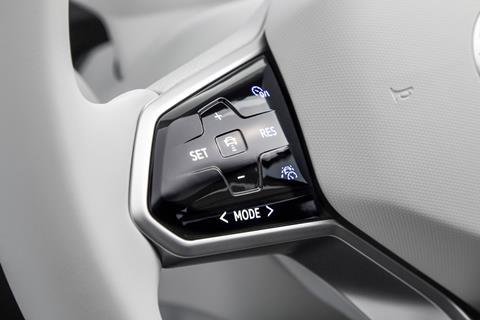 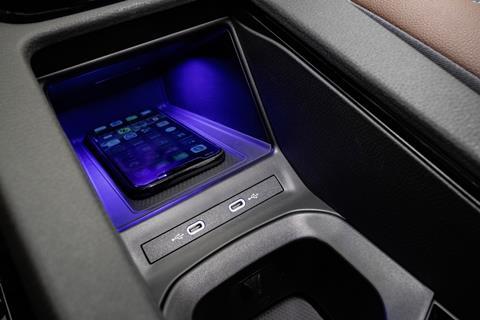 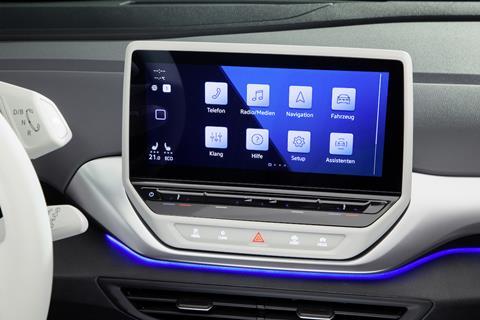 There are two screens: the main, large infotainment screen that sits upright in the middle of the dash, and the smaller screen behind the steering wheel for driver information. These minimise the need for physical buttons and switches. VW says it will produce the ID.4 in five plants on three different continents.